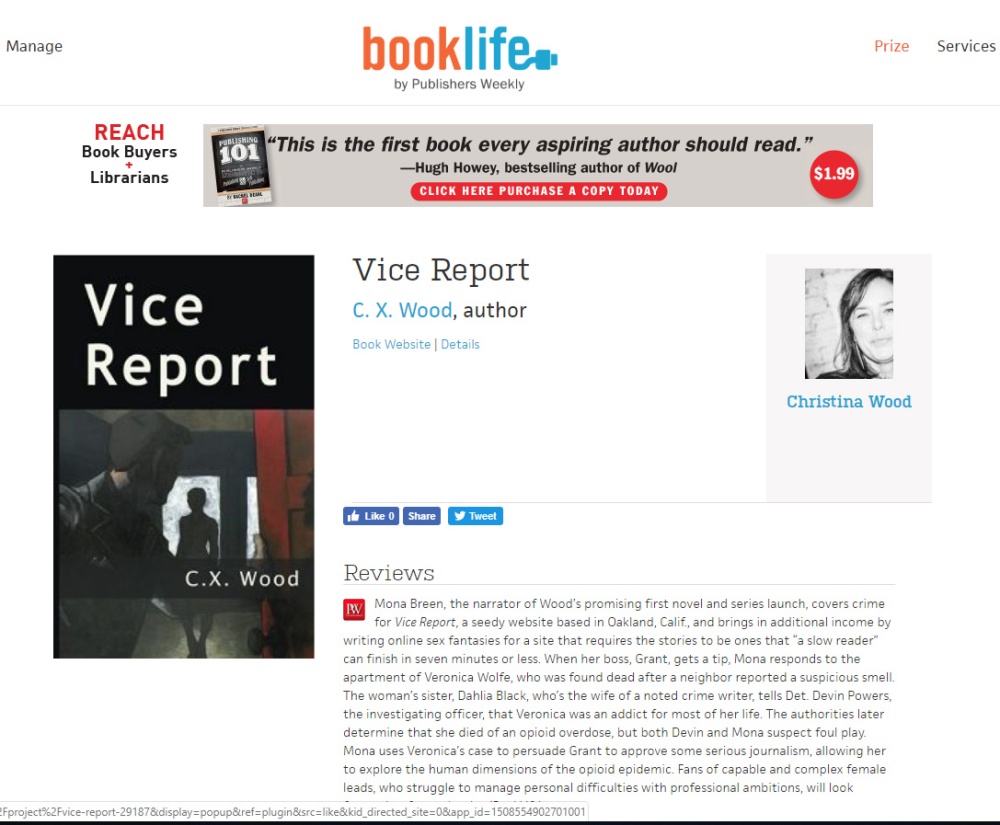 I’m super pleased with this review of Vice Report from Publisher’s Weekly. Check it out!

Mona Breen, the narrator of Wood’s promising first novel and series launch, covers crime for Vice Report, a seedy website based in Oakland, Calif., and brings in additional income by writing online sex fantasies for a site that requires the stories to be ones that “a slow reader” can finish in seven minutes or less. When her boss, Grant, gets a tip, Mona responds to the apartment of Veronica Wolfe, who was found dead after a neighbor reported a suspicious smell. The woman’s sister, Dahlia Black, who’s the wife of a noted crime writer, tells Det. Devin Powers, the investigating officer, that Veronica was an addict for most of her life. The authorities later determine that she died of an opioid overdose, but both Devin and Mona suspect foul play. Mona uses Veronica’s case to persuade Grant to approve some serious journalism, allowing her to explore the human dimensions of the opioid epidemic. Fans of capable and complex female leads, who struggle to manage personal difficulties with professional ambitions, will look forward to future books. (BookLife)

View all posts by Christina